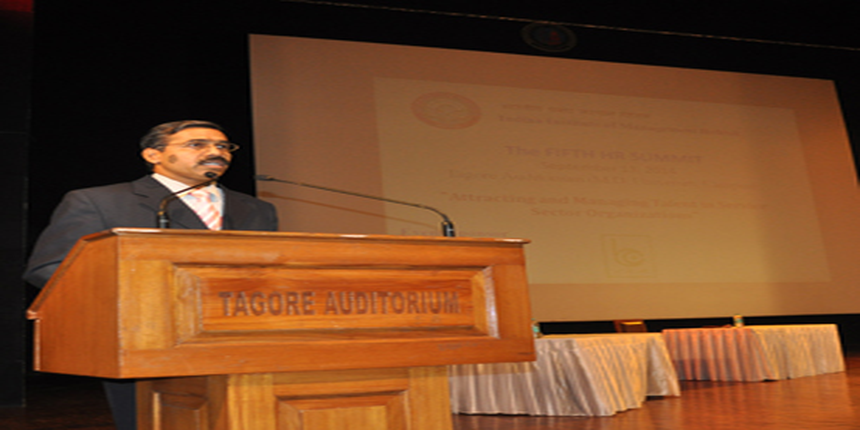 IIM Rohtak was able to establish itself firmly as a center of research in management with over 100 international publications during a short span of over 4 years. To signal the good quality of its programmes and to facilitate rapid internationalization, the Institute initiated the AACSB accreditation process, with substantial progress.

Prof Rameshan will return to his parent organization, IIM Kozhikode. It will mark another phase of his 18 years of association with IIMs - IIM Lucknow, Kozhikode and Rohtak.

IIM Rohtak Fees - Know the fee structure and the number of seats available at IIM Rohtak. Take a ...

Campus Life at IIM Rohtak: “ Diverse crowd along with ext...

Ankit Gupta of IIM Rohtak talks about the campus life at IIM Rohtak, about himself, different eve...

You must attend the GD/PI for IIM Rohtak which will take place from 10th-15th February 2020. IIM Rohtak and IIM Calcutta are the IIMs who really provide opportunities to women and to the students falling in reserved category. If you perform exceptionally well in the WAT and PI rounds you can easily get through. Moreover your final selection will depend upon the following factors

Since you have a good academic record you'll just have to perform well in WAT and PI and do focus more on your application form as they usually ask maximum questions from a candidate's profile .

With 82.92 percentile in CAT and as you have mentioned your academics and it is more than average and also your work experience will be beneficial for you,there are some chances that you will get call from these colleges.It all depends on the sectional cut off in all 3 sections of CAT.

However there are some other top colleges where you can get admission with this percentile,you can check them here https://bschool.careers360.com/articles/what-if-my-cat-percentile-between-80-and-90-do-i-have-any-chance-at-top-b-schools

I Hope This Information Helps

CAT 82.98 overall, OBC, Acad scores are 93/91/72 with Bcom background, 21months of work exp as accounts payable associate in Cognizant BPO, got calls from IIM Rohtak & Visakhapatnam, didnt applied for any other college yet. Considering my profile please suggest some good colleges to apply for MBA

I would like to congratulate you on securing such a decent percentile in CAT. Considering that you are from OBC category will enhance your chances of securing a call from good B-Schools. I am listing down some of those B-Schools from which you can expect a call with their average salary:

However, this is not an exhaustive list and there are some other colleges from which you can expect a call. You will have to appear for another test for admission in IRMS and your CAT score will only act as a qualifying one.

Your graduation in BCom will serve you as a catalyst since colleges prefer diversity in their batch as most of the people doing their MBA nowadays are engineers.

Now, since you have a fair understanding of the colleges, you may as well start preparing for Group Discussions and Personal Interviews since you won’t be having ample time of preparing once the colleges start rolling out the shortlist and summon you to appear for their GD/WAT/PI process.

I hope I have been able to solve your query. Do write to us in case of further  doubts and we will be glad to help you out. All the best!!!

Are IIM Rohtak calls the actual calls? coz I got a mail from IIMRohtak and later heard from others that IIM Rohtak sent invitation calls to all CAT exam takers.

see there is numerous students give cat exam, and iims are one of the best institute to pursue mba or pgdm courses, all iims has some cutoff and criteria based upon which candidates are shortlisted, its not possible that all candidates who participate in cat get calls from iims, you may follow the below link to know about cutoff of different iims,

View All Questions
Have a question related to IIM Rohtak ?

Your IIM Rohtak brochure has been successfully mailed to your registered email id .