IIM Raipur Conducts Session on the Future of Indian Airports 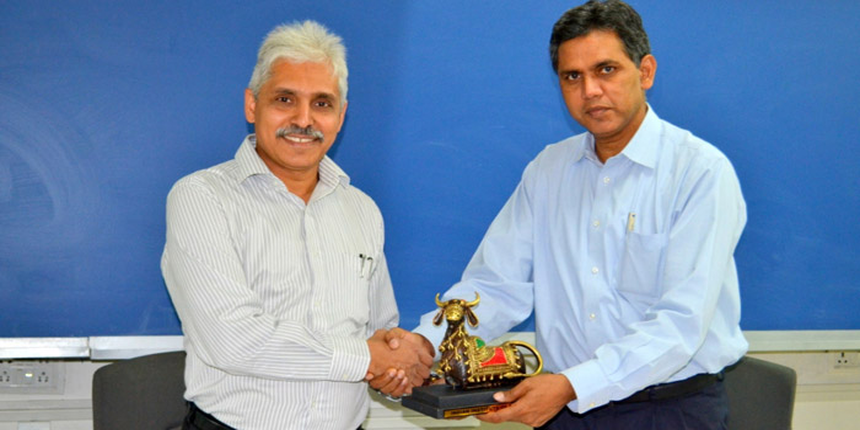 The session started with the Welcome Address delivered by Prof. B.S. Sahay, Director, IIM Raipur. He shared the achievements of AAI and Mr. Rai in developing the conditions of Indian airports and modernizing Raipur airport in a limited timeframe.

Rai gave a detailed understanding of Indian aviation sector and Indian airports in his presentation. Sharing his ideas on Indian aviation, he said that India is the 9th biggest aviation market in the world, and by 2020 it would be the third biggest market. He touched upon the various aspects of aviation sector such as opening of more operational airports, improving international air connectivity and increasing number of aircrafts.

He highlighted the role played by AAI in setting up and inaugurating the new Swami Vivekananda Airport in Raipur. He elucidated the various achievements of AAI such as terminating flying club operations, acquiring a new aerodrome license for Raipur, commissioning of simple approach lighting system for aided landing in poor visibility conditions and improving the facilities available at the airport. He also elaborated the various initiatives taken by AAI such as CSR activities like blood donation and cleanliness campaign. He also described how the beautification of the airport area has been done by planting trees.

The session concluded with a ‘Questions and Answers’ session in which he gave his inputs on the students’ queries pertaining to the contemporary issues of aviation industry.

Firstly, I would like to congratulate you on getting such a decent percentile. You have done hard wok throughout the year and this has reflected in your percentile. I addition to that, you have an awesome profile. Being a B-School student, I have seen placement processes where profiles similar to yours are getting shortlisted for interviews for summer placements and final placements. The fact that you got 90+ percentage in both class 10 and 12 would be like icing on the cake where your perfect work experience will pull up your CV. So you won’t be having any kind of problem if you keep your pointers good in academics during your MBA, though it doesn’t matter much.

I am jotting you down some of the top colleges and their CAT cut offs:

These are some of the top colleges and the average placement packages that you can expect at the end of your 2 year MBA program.

You will be getting a call from mostly all of the baby IIMs, namely

What I can say is that, you have a very good chance of converting some of the renowned B-Schools in India. So just start preparing for the initial Group Discussion, Case Presentation and Personal Interview rounds.

I hope I have been able to solve your query. Do write to us in case of any doubts and we will be happy to help. All the best!!!

Hello Everyone, I am a hotel Management Graduate and currently pursuing PGPMWE from IIM Raipur. As I studied a bit of statistics here, it really drew my attention. Now i really wanted to give the JAM exam and pursue MSc. Am I eligible to go ahead?

Dear Rahul, you mentioned that you are a Hotel Management Graduate but haven't mentioned your aggregate in Bachelor's degree. If you belong to General Category or OBC, you should secure a minimum aggregate of 55% and it is 50% for SC,ST,PWD Categories. Now for being eligible for M.Sc Statistics, you should have studied Statistics atleast for 2 years in your Bachelor's degree. Now PGPMWE is a Post Graduation course and that is not considered while evaluating your eligiblity criterIa. So unfortunately, even if you scored the aggregate required against your Category, if you haven't studied Statistics in your Bachelor's degree, you are not eligible for JAM 2020.