IIM Ahmedabad Admission 2020: Know all about shortlisted candidates - Indian Institute of Management Ahmedabad announced the final list of candidates who had been offered admission to the two year MBA programme. IIM Indore will conduct CAT 2020. Those who have been offered admission to IIM Ahmedabad are those candidates who qualified all the stages of the selection process. The announcement of the final result was made by IIM Ahmedabad on May 8. The institute shortlisted at least 1243 candidates after the announcement of the CAT exam result for the next round of selection which included a written ability test and the personal interview which was held in March. Owing to the lockdown that has been caused due to the spread of COVID19, the admission process for IIM Ahmedabad was delayed.
Latest: Candidates can download CAT 2020 admit card from October 28. To gauge their preparation, candidates can also take CAT Mock Test 2020. 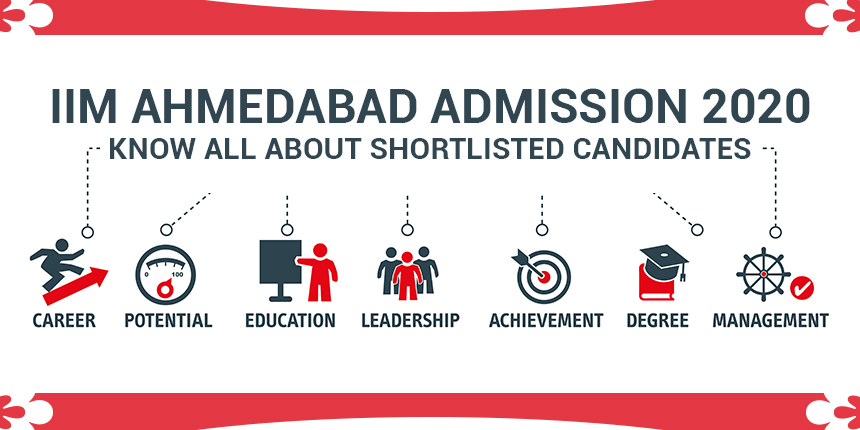 According to the data available, IIM Ahmedabad invites at least three times the total number of candidates for AWT and PI rounds. Let us take a look at the category wise break of candidates who had been called for an interview and the written test.

Know all Those who made it To IIM Ahmedabad

Candidates from a wide array of backgrounds made their way to IIM Ahmedabad. Some of them prepared for the CAT exam while they were working while there were others who were studying. Candidates who have been offered admission to IIM Ahmedabad, they are from almost every nook and corner of the country. Some of them are pursuing their medical studies, while others are pursuing engineers.

Owais Chowdhary, is a perfect example of grit and determination as he is from a small village near the line of control in Rajouri district. The young lad is a graduate from Delhi Technical University and he scored 98.5 in CAT 2019 and cracked the interview of IIM Ahmedabad.

Manav Mehta was fascinated by IIM Ahmedabad as he used to go to the institute when he used to go for his job as a medical officer in Jamnagar Municipal Corporation. Manav completed his MBBS and will now be pursuing a management degree.

Sometimes things happen contrary to what we actually think. Ankit Desai who had got 99.91 percentile in CAT was not very happy with his performance in the interview which he gave for IIM Ahmedabad as he had got a call from other IIMs such as IIM Bangalore, IIM Indore, IIM Lucknow, IIM Calcutta, IIM Kozhikode as he had to appear for six interviews within a span of six days.

Kislay Jha from Jamshedpur, a chemical engineer graduate from BIT, Mesra also qualified the Common Admission Test got interview call from all the IIMs. Jha who had got 99.96 percentile and was working in a full time job has also been offered admission to IIM Ahmedabad.

The two girls who have also got a call from IIM Ahmedabad include Nidhi Gupta who is the final year student of Information and Communication Technology at DAIICT and Abhignya Chalamcharla, is hoping to get a call from IIM Bangalore.

for cat exam which is going to held on november 28 2021 is 2 months home preparation is enough to get good score. please suggest me

Home preparation or we can say Revision or Practice  is more than enough to score good marks for any competitive exams. You should have a proper schedule and syllabus that is to be cover you should go through last years paper for knowing the pattern of questions, you should go through atleast 10 sample papers for proper practice. Be focused and set a target of how much you want to achieve, so that you can atleast give your best to achieve near to that target.  The most important thing while writing an exam or while preparing is to be calm and focused. So be calm and don't panic.

All the best for your exams.