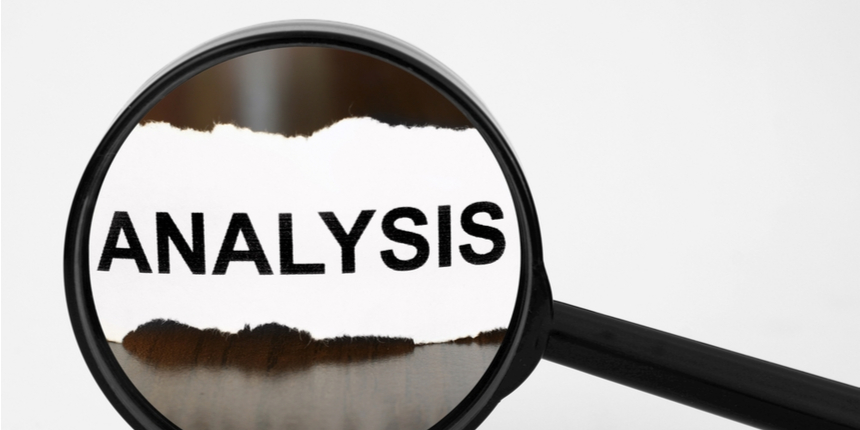 Candidates who will appear for the IIFT exam will be able to go through the IIFT 2023 Analysis by Endeavor Careers and get to know how many questions were asked in each section, what were the topics from which the questions were asked in IIFT 2022. The IIFT 2023 exam pattern is expected to be similar to IIFT 2022. Read this article by Careers360 to know the detailed IIFT 2023 analysis by Endeavor Careers to know all the aspects of the question paper.

The overall format of the paper remained similar to that of IIFT 2021. The format was as follows:

The overall difficulty level of the paper can be said to be moderate.

IIFT 2020 was the first time that the IIFT exam was conducted in computer-based mode. In IIFT 2021 second online edition, one clearly got the feeling that IIFT had started moving towards a standardized exam pattern. This can be said from the fact that IIFT 2021 test pattern and marking system were the same as those of IIFT 2020.

The exam pattern for IIFT is as below:

Now let us look at each of these sections individually

The section had 25 questions with around 45% of the questions being from Arithmetic. In terms of difficulty, this section was more or less similar to last year.

The detailed distribution in this section is as follows:

Among the Arithmetic questions, 2 questions from Time Speed and Distance, 1 question each from Time and Work, Partnership, and Clock were doable. The rest of the questions Profit Loss, SICI, Ratio Proportion, and Time and Work were lengthy and supposed to be avoided during the exam.

Here, one question on SICI seems technically wrong. 2 questions from Algebra; Age questions and one based on Quadratic equations were easy but those based on surds and indices were difficult and time-consuming. 4 out of 5 Geometry questions were doable.

Of these, 1 question was on Height and Distance and 3 others on Circles. 1 out of 4 Higher Arithmetic question which was on Probability was doable and others on Permutation and Combination and the miscellaneous type was difficult. The lone question on numbers was doable.

The section had 35 questions out of which 16 questions were on Reading Comprehension and 19 were on Verbal Ability.

The detailed question distribution in this section is as follows:

Among the Reading Comprehensions, 2 passages were quite lengthy, but they also had more direct questions. Of the remaining 2, one was a bit dense and could have been avoided. There were a good number of true/false based questions in the RCs and this could have acted as a speed breaker for few students.

In Verbal ability, a lot of students would have been surprised by 3 Etymology based questions and would have found those questions difficult. Also, surprising was the absence of Fill in blanks and Idioms based questions. Out of the 6 grammar-based questions, 2 questions were based on punctuations (both on Question Mark). The rest of the questions asked the students to identify the correct sentences/sentences from the 4 given sentences. These questions could easily be attempted through option elimination.

Among the 3 questions of para jumbles, 2 questions had 6 sentences to be arranged and this could have been time-consuming. 1 question had 4 sentences and it was quite easy

The section had 30 questions wherein there were 7 sets; of which 6 sets had 4 questions each and 1 set had 2 questions. The rest of the 4 questions were individual questions. The individual questions and one set based question on Calendar were easy and doable. One of the reasoning set on Circular arrangement was a bit lengthy but a smart test taker could have solved the set by looking at the option. Another Reasoning set on Games and Tournament was difficult as it had variation from the normal set rules.

There were 4 sets on Data Interpretation of which one based on the table (which had information about Production, Consumption, and Export) was doable and another based on a combination of Line and Stack Graph (which had an average of 10 years for 3 different product) was moderate level difficulty and one could have solved 2 or 3 questions out of 4 questions. Another set on the Pic chart and Table (which had a city-wise sample and total wastage) could be solved. The set on a combination of Line Graph and Bar Graph could have been avoided as it involved lots of lengthy calculations.

This section had questions from almost all topics ranging from Static GK to Current Affairs. There were questions based on, UPI payment – Whatsapp, Mahindra Marrazzo, Paris climate treaty, Poverty Index, Logistic Index, Country with highest labor force, Indian origin parliamentarian in New Zealand, World Economic Forum, ASEAN, Recently concluded Naval exercise in the Malabar strait, sports and 2 match the following questions – one on sportspersons and their country and another on pharma companies and their owners

How to Create An Impact During GD? 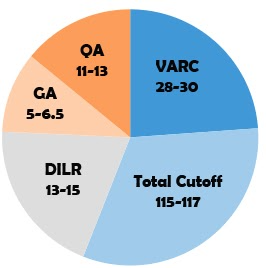 The IIFT Kakinada hasn't started the IPM yet, due to some technical reasons. however, there are some IIM colleges in India, starting IPM, these are, IIM Indore, IIM Rohtak, IIM Ranchi, IIM Jammu and IIM Bodhgaya. The remaining universities may start the IPM in the next year, however, this will be done owing to then circumstances, it wasn't still announced.