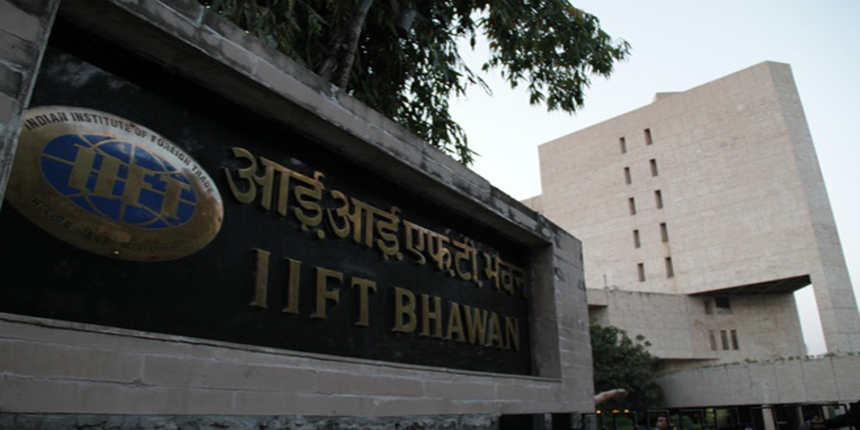 IIFT entrance exam is conducted by the Indian Institute of Foreign Trade, Delhi for the admission to flagship MBA-International Business (MBA-IB) programme. The uniqueness of the exam lies in the fact that apart from the sections, the exam does not follow a fixed pattern. You cannot have a pre established mind set about the number of questions or marks to expect during the written test.

There are broadly the following sections in the IIFT entrance exam:

Some of the past test papers were structured with the sections of Verbal Ability & Reading Comprehension appearing separately and the Quantitative Ability and Data Interpretation combined under the same section. The marks per question also vary from year to year.

We bring here information on number of questions per section along with the marks per question in past years:

By now you must be having a clear idea about the unpredictability of the IIFT entrance exam pattern. However, the syllabus or the question types and topics are similar. Let us have a look at the brief analysis of the sections so that you know the probable topics and the syllabus of IIFT entrance exam which you will take on Sunday, November 27, 2016.

The difficulty level of this section in IIFT 2015 paper was easy to moderate. However, the weightage was maximum with 22 out of 124 questions. The topics which you can expect in this section include the following:

The overall difficulty level of this exam ranges from easy to moderate. According to past trends, the question types are mainly simple and doable. The types of questions are as follows:

The difficulty level of this section is mainly tough due to its calculation intensive questions which make it time consuming. The caselets are mainly based on the basic Data Interpretation question types namely Bar Graph, Line Graph, Table and Pie Chart.

You can expect to get around 4 Reading Comprehension passages followed by 4 to 5 questions. According to the analysis of past few years the questions are mainly direct and easy. The length of the paragraphs is generally moderate.

As per the Verbal Ability part is concerned, the topics are mainly same as what you have prepared for CAT or other MBA entrance exams. The questions are amalgamation of grammar and vocabulary. The broad areas from which you can expect the questions are as follows:

The General Awareness section distinguishes IIFT entrance exam from CAT. However, the weight of the section is lesser compared to the other sections such as Quantitative Ability or Data Interpretation in the IIFT exam. It is visible in the marks allotted in the section. However, having a good grip over General Awareness will only help you score higher so don’t ignore the preparation.

The section consists of 2 types of questions, static GK and current affairs. While static GK is easy to prepare, current affairs is a vast field. According to Yogesh, an alumnus of IIFT, the topics with which you must be abreast include merger and acquisitions, recent appointments, corporate facts, sobriquets of famous personalities, awards and awardees namely  Nobel Prize to Dara Shikoh Awards etc. and more.

Business and politics are the base of the General Awareness section of any exam. Since IIFT offers MBA in International Business, it would be wise to brush up the current statistics of the international business scenario, India’s trade relations among other relevant areas.

The cutoff will depend on certain factors like the number of questions, difficulty level, number of test takers etc. However, last year the section wise cutoffs for IIFT exam were as follows:

Now let us take a look at the overall IIFT 2015 cutoff according to different candidate categories.

The preparation for IIFT is not much different from that of the other MBA entrance exams like CAT or XAT. For the sections like Quantitative Ability, Data Interpretation, Logical Reasoning, Verbal Ability & Reading Comprehension syllabus and topics are similar.

The segregating factor is General Awareness. For this section, there cannot be any specific preparation as it is a continuous process. The best way is to read news and features from varied sources. Read at least 2 newspapers daily such as The Hindu, The Economic Times, The Indian Express, simple reason, they cover social and political reports more than other popular newspapers. Subscribe to magazines like the Frontline, Outlook, India Today etc. Refer to year book from the reputed publishers.

Kamlesh Sajnani, MD, IMS Learning suggests, “Take four to five mock tests and analyze the same to thoroughly get acquainted to the test structure and the type of questions. The exam additionally assesses Decision Making and General Awareness type of questions hence get oriented to these question types.”