The Indian Institute of Foreign Trade Entrance Test (IIFT) is being conducted by IIFT on November 22, 2015, in paper-pencil mode across 20 cities in India. Around 70,000 candidates are likely to appear in the test for admissions to MBA-IB programme at IIFT Delhi and Kolkata.

Careers360 correspondents are reporting live from a few of the IIFT 2015 exam centers, giving live updates to the desk. Check live IIFT 2015 reporting in pictures. 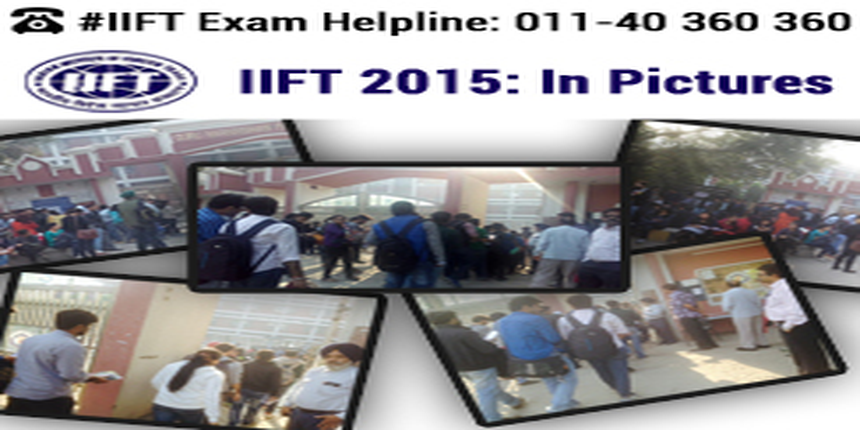 Careers360 reporters reached the centers and candidates waiting for the entry to get started. Some were accompanied by their parents, and some came alone.

Within minutes, outside the center, aspirants reached and waited for the entry to get started. Until, some were busy with their preparations, and some avoided last minute revisions.

The entry started at 9:15am. The candidates checked their seating plan as per their roll numbers and entered the gates.

Students waited outside the center for the entry to get started. At one of the center, the number of female aspirants was more as compared to males.

The entry started with a first level check. Students are asked to show their Admit cards, along with their ids. Candidates without admit cards were not allowed to enter and appear in the IIFT 2015 test.

After the exam, the results will be declared in the month of December, announcing the names of the students who are shortlisted for the selection process.

The candidates will be selected on the basis of the following: