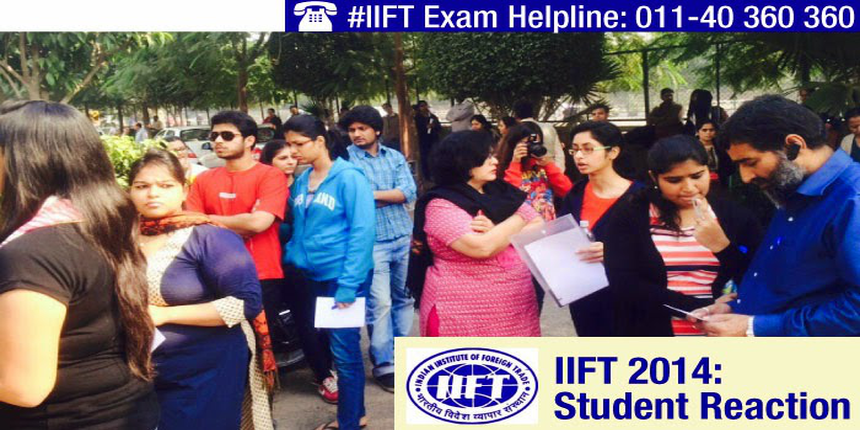 The IIFT 2014 exam concluded successfully at 12 pm. No technical glitch was reported at any of the IIFT2014 exam centers.  About 50,000 candidates appeared for the exam, which started at 9:30 am. According to the test takers, there has been no surprise in the exam and the pattern followed the prescribed structure.

The overall difficulty level of the exam was moderate to difficult, with QA and DI on the tougher side. Verbal ability was moderate as expressed by majority of the students. DI was a bit lengthy but there was no section, which was exceptionally difficult for the test takers.

As IIFT 2014 ends, Careers360 brings you the reactions from students across the centres.

Overall the exam was okay. I found Quant to be difficult. Actually I took some time with certain questions. But, Verbals was good.

Quant was a bit difficult. Verbals and GK were easy. It was tougher than CAT.

It was lengthy paper. I could not attempt Quant properly. Verbal was okay.

It went better than what I had expected. The paper was smooth. For me, Quant was easy. I had to struggle a bit in Verbals. General Knowledge, of course, depends on how alert one is. Overall it was a good paper.

It was moderate. Not too tough. Not too easy. Quant was tricky. But it was manageable. Verbals was okay.

This was my first attempt. My exam was okay. I got stuck with some Quant questions but otherwise there was no such issue. Verbals was okay. But again, it I’l know best when the results are out!

My exam was okay. Quant was lengthy but Verbals was good. If you read enough current affairs, then you would find GK easy too. It was a fine paper as expected.

Stay tuned to bschool.careers360.com for more news and updates on IIFT 2014