The older the IIM, the tougher it is to crack. This is the common perception among MBA aspirants while measuring interview call chances from the IIMs, especially given the fact that IIM Lucknow is the fourth IIM of India and 12 years older than IIM Indore. However, the popular perception is a myth that is busted in this article by Careers360. 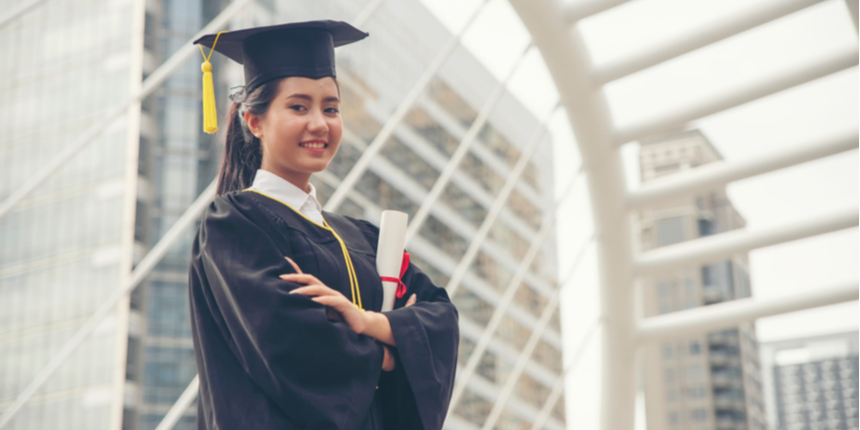 While answering a question comparing IIM Lucknow and Indore on Quora, Amit Datta, an IIM L student answers, “IIML is considered among the tough four IIM’s in the colleges. It is probably the only IIM that can dare to compete with A, B, and C (probably that is why they have a sports fest just within these four). The professors, infrastructure, and diverse batch profile make it really special.

”But, despite being the fourth IIM, the interview call cutoff composite score for IIM Lucknow is lower than that of IIM Indore, as revealed by RTI queries. The CAT cutoff or screening percentile for General category candidates is the same for both IIM Indore and IIM Lucknow, i.e. 90. However, the cutoffs mentioned at the admission criteria can be quite misleading and there is a stark difference between the shortlist cutoff and the actual interview call cutoff. Careers360 has already shown the huge gap between the two in this article and assessed the reasons.

How big is the gap between cutoffs?

The following table brings to you the interview cutoff scores of both IIM Indore and IIM Lucknow for the previous admission year 2020-22, as mentioned by the institutes through RTI requests.

Both institutes have released shortlist data in terms of Composite Scores. The components that are included in computing the Composite Score include the CAT score, past academic records, work experience, and Academic & Gender Diversity. For the admission year 2021, the maximum weightage for IIM Lucknow and IIM Indore’s Composite Score was 50 and 100 respectively.

After equating the composite scores of both institutes considering the maximum score to be 100, IIM Indore cut off more than 70 for IIM Lucknow, it is around 57 out of 100. Not just for the General category candidates, the gap is equally big for the other categories, such as Other Backward Classes (OBC), Scheduled Caste (SC), and Scheduled Tribe (ST). Refer to the table below for the cutoff scores of other candidate categories in IIM Indore and IIM Lucknow.

The difference is approximately 20 percent in the cutoff for other candidate categories as well and not just in the General category. Now that you know the actual interview cutoff, let us assess the final admission criteria followed by these prestigious institutes.

Factors of Shortlist and Final Selection

Both institutes consider past academic records, diversity factors along CAT scores. Not all shortlisting factors are the same and for common factors, the weightages vary. Take a look at the below tables.

While IIM Lucknow does not consider Class X score in the past academic records criteria, IIM Indore does not take the Graduation marks into account. Moreover, Work Experience and Academic Diversity factors are also not included for Writing Ability Test (WAT) and Personal Interview (PI) shortlist of the latter. IIM Indore gives the least weightage to CAT score for shortlisting candidates for WAT-PI rounds.

For preparing the final merit list, both IIM Lucknow and Indore consider factors like WAT and PI performance, CAT score along with their respective shortlist parameters. The weightages for both IIMs are in the tables below.

CAT Scores are given higher weightage in IIM Lucknow

For the final selection, IIM Lucknow assigns a higher weightage to CAT than that of IIM Indore. Among the parameters, the Personal Interview round is given the highest weightage by both the IIMs followed by CAT score. Hence, in order to convert the call from IIM Indore, the candidates not only have to perform well in WAT-PI rounds but also have a good academic background. Both CAT scores and academic records carry a weightage of 20 percent in IIM Indore's final selection criteria.

For IIM Lucknow, not only do candidates’ WAT-PI, CAT, and past academic records matter but work experience and both academic and gender diversity factors are taken into account.

You may note that last year, i.e. for admission in the academic year 2020-22, IIM Indore's final selection criteria did not include a CAT score. The merit list was generated on the basis of performance in WAT-PI, past academics (Class 10, Class 12, and Bachelor’s Degree).

Academics Vs Work Experience - Who has a better chance?

Assessing chances of converting calls for IIM Indore, Akshay Sharma, an IIM Lucknow student says, “IIM Indore gives the least importance to CAT score in giving GD/PI calls. Even a percentile>99/99.5 is not enough to get a call. One can get a call for an interview even with a percentile of 96–98 if he/she has balanced and good academics.”

Despite having a tough admission process, MBA aspirants seem to prefer IIM Lucknow over IIM Indore. But as they say, age is just a number and you should consider the achievements of a B-School over the number of functioning years.

There is a difference between common perception and reality. While in your perception IIM Indore is a younger institute, hence should be easier to get in. But in reality, despite being established over a decade since the inception of IIM Lucknow, the achievements of the former institute are no less. In fact, IIM Indore was the first institute to introduce the five-year Integrated Programme in Management in the year 2011. Let us take a look at the other strengths and factors of both B-schools.

Both institutes have multiple campuses

IIM Indore has a second campus in Mumbai which was established in 2012. The Mumbai campus was the only IIM in Maharashtra, till IIM Nagpur was established in 2015. IIM Indore was also the first IIM to have an international campus in Ras-al-Khaimah, UAE. However, the campus stopped functioning in 2014 owing to regulatory issues, poor batch strength, and other reasons.

The second campus of IIM Lucknow is located in Noida, Uttar Pradesh which offers the three-year Working Manager’s Programme. The Noida campus was established in 2005.

The programmes of both institutes are accredited by the Association of MBAs, London or AMBA, one of the prestigious accrediting bodies. At present, IIM Indore offers four full-time programmes as listed below:

The institute also offers Post Graduate Programme in Management for Executives in the Mumbai campus, which is a two-year alternate week programme.

SIR MY NEET SCORE 471 AND I AM GEN CAT FROM PUNJAB DEMILIE CAN I GET MANAGMENT SEAT IN LUDHIANA DMC OR PIRM JLD OR SRI GURU RAM DASS AMRITSAR .

First of all, a very heartiest congratulation for securing such good marks in your NEET examination. Secondly, I would like to say that each and every year the cut-off criteria get changed depending upon the merit list. This year it is expected to secure 50 percentile for  general  category ,for getting the chance of admission. The previous year's cut-off marks  was 720-147 .

For predicting your percentile kindly visit the following link:

For getting idea regarding which college you will get as per your rank, kindly visit the link:

For more details regarding the state counselling, kindly visit the link:

Hope this answer will help you.