A unique aspect of IIM Amritsar is its ability to link management with the advantages of Punjab in agriculture, industry and diaspora…

In the social media, the new Indian Institute of Management (IIM) in Amritsar is known by the curious name of #HolyIIM. Situated in the holiest place of the Sikh religion, the institute has become an integral part of the city, only three years after it was founded in the state of Punjab. When the third-generation IIMs were launched in 2005, IIM-Amritsar was the first to start the Post Graduate Programme (PGP) and the first to get 100 percent placement. “Our students got paid internship from the first batch itself,” says IIM Amritsar’s nodal officer Pawan Kumar Singh. 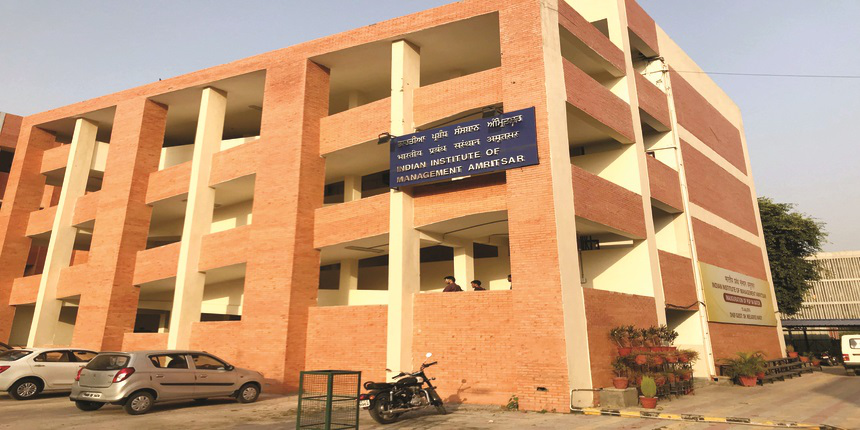 Mentored by IIM Kozhikode, the institute boasts of having many advantages like location, industry and community. Amritsar has an international airport and is only 450 kms from the national capital New Delhi. Punjab is known as India’s bread basket because of its agriculture. There is a strong industrial presence with many small and medium industries (SMEs) spread across the state. The Sikh community is known for its strong diaspora across the world, making the Non-Resident Indian (NRI) community in Punjab one of the biggest in the country.

“Punjab is known for its agriculture and SMEs. The NRI community is very big in Punjab, especially with strong links to Canada, the United States and the United Kingdom. We can have international academic exchanges with all the three countries,” points out Singh.

Functioning from the Punjab Institute of Technology campus in Chheharta, 5 kms from the city centre, IIM-Amritsar has 107 students in the first-year PGP and 95 in the final year batch. The foundation stone for a new campus in a 61-acre land in Manavala on the outskirts of Amritsar was laid by Union Finance Minister Arun Jaitley in June 2016. “The selection of architects for the new campus is going on and the construction will start by March next year,” says the nodal officer.

The students are losing no time in tapping into the advantages offered by the holy city. “We have conducted a study into optimising resources in the Golden Temple in Amritsar,” says Asst. Prof. Mukesh Kumar Jha, who teaches managerial communications. “The Golden Temple is planning to go for solar and bio means of cooking,” adds Dr Jha.

The operations management faculty of IIM-Amritsar, which conducted the study in the Golden Temple, has recommended solutions on how to optimise resources for cooking. Another IIM-Amritsar initiative in linking with the state is in entrepreneurship. Tying up with the small farmers in Punjab to promote entrepreneurship is a student-led collaboration with local non-governmental organisations. Weekly research seminars with such subjects as optimising cooking resources in the Golden Temple and helping small farmers become entrepreneurs are forums for long hours of discussions between the faculty and students.

“The MBA programme at IIM-Amritsar is a very intensive course even though we started only three years ago,” says Dadi Madhu, a first-year PGP student from Visakhapatnam. “The rigor will increase as the institute grows older,” adds Madhu, a graduate in electrical engineering, who has already launched a startup in digital marketing in Visakhapatnam. “As one of the partners of the startup, I wanted to join a top-class business school to help expand my enterprise,” explains Madhu. “I am very happy with my peers and faculty here,” he adds.

The IIM-Amritsar PGP curriculum is suited for students like Madhu, who are looking for world class management skills and knowledge of the country to make a mark in doing business. In the first-year PGP, Indian Economy is a core course along with Social Transformation in India. A continuous industry interface also comes handy to the students to understand the working of the companies better. A student-led Industry Interaction Committee conducts conclaves by inviting top professionals from the industry. Among the conclaves so far organised by the IIM-Amritsar include those in operations, marketing and human resources. Other conclaves for consulting and strategy, besides finance and marketing are also on the agenda.

The institute has also introduced a Social Entrepreneur Cell under its new Centre of Entrepreneurship which was launched in October. “We realised that there is a lot of potential for promoting the social entrepreneurship zeal among the students,” says Jha. “We want our students to become provider of jobs rather than taking up jobs,” he says. “We also want to help the local entrepreneurs by enabling them to face the challenges,” adds Jha.

There are also three non-academic groups for students in areas such as social service, photography and public speaking. Recently, three Padma awardees were among the speakers at the IIM-Amritsar, including Bharatanatyam exponent and art administrator Pratibha Prahlad, and environmental activist Jadav Payeng, who is known as the ‘Forest Man of India’. Also, joining Prahlad and Payneg in the talks on the institute campus was eminent prosthodontist Dr Mahesh Verma.

The institute gives 5 percent weightage for academic and gender diversity to encourage students from commerce, science and arts streams taking up management programmes as well as increasing the number of girl students. “We form a small India on the campus with students coming from many states,” says first-year PGP student Siraj Ahmed from Gorakhpur, Uttar Pradesh.