CAT 2015 Exam Pattern - CAT or Common Admission Test 2015 held successfully in two sessions (forenoon and afternoon) on Sunday, November 29, 2015. This year IIM Ahmedabad was the conducting body for CAT. As per IIM Ahmedabad, the CAT 2015 exam pattern was entirely different. We bring to you the CAT 2015 Exam Pattern as announced by the officials in a notification on Sunday, July 26, 2015. 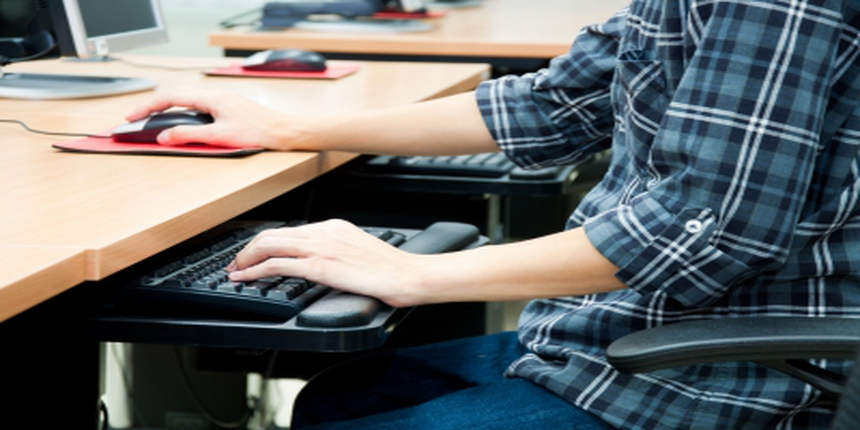 As per the new CAT Exam Pattern 2015, the total duration of the exam was increased to 180 minutes or three hours, with total 100 questions to be answered. Last year, the total duration of the exam was 170 minutes. Also, candidates of CAT 2015 were not allowed to swtich into sections after completion of a particular section under the specified time limit of 60 minutes. Below are the changes that had been done in the Exam Pattern of CAT 2015,

Now we will discuss in detail about the individual aspects of CAT 2015 Exam Pattern.

Duration – 60 minutes for each section

The duration of CAT 2015 was 180 minutes or 3 hours. Last year, the sections were not time bound and the candidates could select any section to attempt first. The exam was divided into two sections, Quantitative Ability & Data Interpretation and Verbal Ability & Logical Reasoning. This year, there were 3 sections to attempt. Candidates were not allowed to switch from one section to another while answering questions in a section. They were given exact 60 minutes to attempt each section. Unlike last year, the liberty to attempt any section in any order or switch between the sections was scrapped this year.

One of the major changes in the CAT 2015 Exam Pattern was an addition of one more section. This year the exam had three sections, namely, Quantitative Aptitude (QA), Data Interpretation & Logical Reasoning (DILR) and Verbal and Reading Comprehension (VRC). QA and VRC had 34 questions each, and DILR had 32 questions to be answered. Some questions in each section were not of multiple choice type, which candidates had to answer by direct tying on the screen.

Last year, the number of sections in the exam was 2, Quantitative Ability & Data Interpretation and Verbal Ability & Logical Reasoning. As mentioned before, there were no sectional time limits and each section consisted of 30 questions.

Each question was of 3 marks. For each wrongly answered MCQ, there was a negative marking of 1 marks and for  the non-MCQs, there no provision for any negative marking. No marks allotted or deducted for the un-attempted questions.

Additions in the Mode of Exam

CAT is a computer based multiple choice objective type exam. This was the first time in the history of CAT that the candidates were allowed to use basic on-screen calculator for calculations. Also, candidates were not allowed to switch from one section to another while answering questions in a section. Some questions in each section were not multiple choice type, instead, candidate had to type direct answers on the screen.

Last year onwards, Tata Consultancy Services is conducting the computer based CAT as Prometric for the erstwhile agency completed the 5 year contract. The application process had started from August 6 and continued till September 25, which was extended from September 20. The number of registrations was increased by 11% compared to last year, which was 2,18,664. This year the exam was conducted in one-two in two sessions on November 29, across 136 Cities comprising of 650 Test Sites. The result has been declared on January 8, 2016.

I have average marks in 10th 12th But if i score 95+ percentile in cat. am i eligible for admission?

Akadh, CAT is the entrance examination for admission to 20 IIMs and as many as 1000 participating Institutions. Now for being eligible for CAT, you should have secured a minimum aggregate of 50% in your Bachelor's degree. It is 50% for General Category and 45% for Reserved Categories. So how much you score in CAT will make you eligible for top B-Schools and IIMs. IIMs shortlist candidates for the interview stage based on their own criteria, which may be independent of each other. The process may include Written Ability Test, Group Discussion, and Personal Interviews. Performance in the CAT examination is an important component in the admission process. IIMs may additionally use other factors such as the previous academic performance of the candidates, relevant work experience, gender and academic diversity and other similar inputs in shortlisting and ranking of candidates at various stages of the admission process. The processes, academic cut-offs and the weights allocated to the evaluation parameters may vary across IIMs.

Would CET be conducted for IPU this time? or only on CAT basis for MBA program? #IPUniversity

GGSIPU Considers both CAT scores as well as IPU CET. It also accepts CMAT scores if there are vacant seats.

On the basis of CAT 2019 Scores candidates will be called for councelling. In case of vacant seats CMAT will be considered and then finally IPU CET. These are the entrance exam for MBA acedemic year 2020-2022.

For more information or details about the same you can visit through this link once:-

Ive filled for CET application for IPU. I have not given cat would they conduct the cet exam?

IPU is going to conduct the entrance exam for the MBA course 2020. IPU conducts the exam every year and they would conduct this year too

So even you have not given CAT. You need not worry about the cet. The date of exam is not notified yet

For more information do visit

how i start cat preparation in starting?

CAT is one of the high weighed exam for MBA. So first target the year you wish to give CAT. You can join coaching classes either Online/ Off-line. For now offline will be a better option

Start preparing from books as well. Try to finish the syllabus thoroughly so that you can give mocks. Mocks and solving last years papers is a very important part in preparation. Give as much mocks possible.

Read newspapers daily, have update of what is happening in the surrounding. It will add value to your GDPI round

For more information do visit the link below

Which is the best online classes for CAT preparation?

Now in this situation, it is better to take classes online rather than going outside. CAT online coaching is on a definite rise. There are numerous coaching classes in the online market. Some of them are really good like HitBullsEye, Career Launcher, Exam Bazaar etc. One of the best online preparation portal is 2IIM which offers comprehensive online classes and regular guidance and motivation.
Read More
Answer