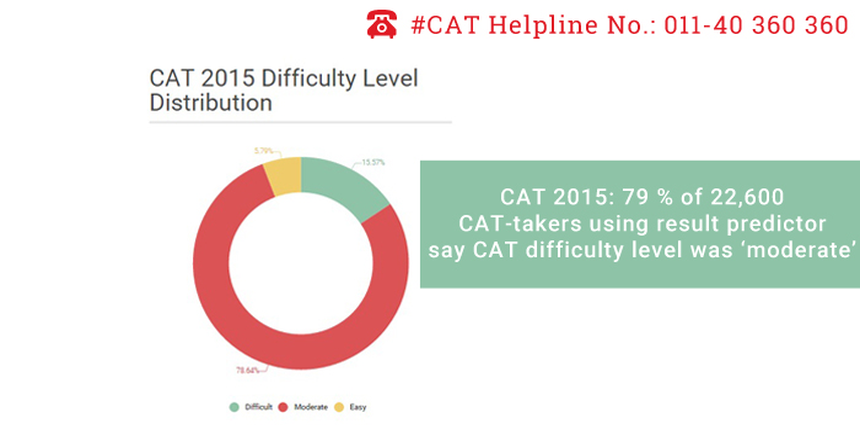 CAT 2015 actually turned out to be of moderate difficulty level for majority of MBA aspirants who took the prestigious test in either of the two slots on November 29.

Though Careers360 had already termed difficulty level of CAT 2015 as ‘moderate’ in its multiple post-exam analyses based on candidates and expert feedback, majority of CAT takers have now validated this while getting their percentile prediction through CAT result predictor tool.

This year IIM had introduced major changes in CAT aimed at making the national level test more inclusive especially for candidates from non-engineering background. An on-screen calculator was introduced and 10-15 non-MCQ questions, without any negative marking scheme, were introduced in each of the three sections - VA, Quant and DI-LR. Also, the three sections were time bound with a limit of 60 minutes for each section.

Stay tuned to bschool.careers360.com for more news and analysis on CAT 2015.