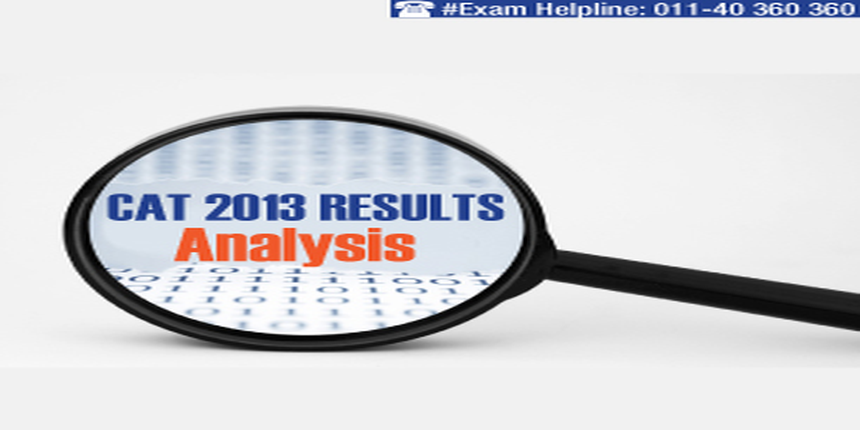 A total of 1.74 lakh candidates had appeared for CAT 2013. The CAT 2013 Results, however, shows that 95000 of those appearing for CAT either scored zero marks or obtained overall negative marks.  The score cards released by IIMs on January 14 shows that the candidate who did not even answer any of the questions in the CAT 2013 paper, scored around 55 percentile.

Click Here to enroll for Expert guidance for CAT and Other Management Entrances Preparation, Counseling and College Selection.

Click here to know more about the CAT 2014 Application Process

Click here to know more about the CAT 2014 Important Dates

*Note: The score card shown below belongs to a candidate who did not attempt any single question in CAT 2013 paper. The scores in the separate section, however, does not show ‘zero’ as CAT scoring is based on a standard process of scaling and equalization. The candidate appeared for CAT 2013 in the morning session on October 16, 2013.

When registration number for various MBA exams declined this year followed by further dip in the number of actual test takers, B-school Directors and authorities took consolation by assuming that the number of serious candidates would be more this year.

The top B-Schools had remained confident that the low numbers will not affect them as the reduced number of test-takers only show elimination of non-serious candidates and their applications based on interest of quality aspirants will remain intact.

CAT 2013 Convenor, who had earlier stated that there are more serious candidates despite the decline in the number of CAT registration this year, said that “we don’t comment on any such statistics”. “The score cards of all the CAT takers have been put on the website. Further, we don’t look and analyze such details of the candidates,” said Dr Rohit Kapoor, CAT 2013 Convenor.

PT Education Head Sandeep Manudhane said that the numbers suggest low quality of CAT takers. However, he advises candidates to wait for other MBA exam results like XAT and NMAT, before making their decision on scrapping their MBA plans this academic year.

Is negative marking making the hole?

Experts and MBA trainers, however, attribute this number to ill-preparedness for the prestigious exam and also to an imbalance between total attempts and accuracy level.

According to the CAT 2013 scoring process, each correct answer adds 3 marks and for each wrong answer, there is deduction of 1 mark.  CAT 2013 carried a total of 60 questions equally divided in two sections of 70 minutes each.

According to CAT 2013 Convenor Dr Rohit Kapoor, the CAT 2013 result show that a total of 8 candidates, all male, are in the 100 percentile bracket.  The next level of 99.99 percentile is occupied by 10 candidates out of whom one candidate is female.

After the CAT result, the admission process to IIMs and other top B-schools enters into second stage which will include CAT cutoff based short listing of candidates for GD-PI-WAT depending on the selection criteria of respective B-schools. “With the declaration of CAT 2013 results, all IIMs have started their respective shortlisting process,” he said, adding, hopefully most of the IIMs will announce their shortlist by end of January 2014. Click here to know more about IIM Selection Criteria.

Shortlist the B-Schools before they shortlist you. Predict your college with our CAT Pathfinder Tool

The IIMs altogether are expected to shortlist about 15,000 candidates for the next round of selection process, against the total of 3335 this year(with the addition of 115 seats added this year).

Still, CAT 2013 witnessed the lowest number of CAT takers as compared to past years.  The final number of CAT 2013 Registration dropped to 1.94 lakh and total number of test takers further fell with only 1.74 lakh candidates appearing for the test.

CAT 2013 was held in a 20-day window from 16 October to 11 November 2013. The 20-day testing window which followed a consistent exam pattern remained glitch free except Day-10 when a wrong question appeared at a few test centres.

For all related queries visit our official CAT 2013 Discussion.

Stay tuned to bschool.careers360.com for more news and updates on CAT 2013 and other MBA Exams.