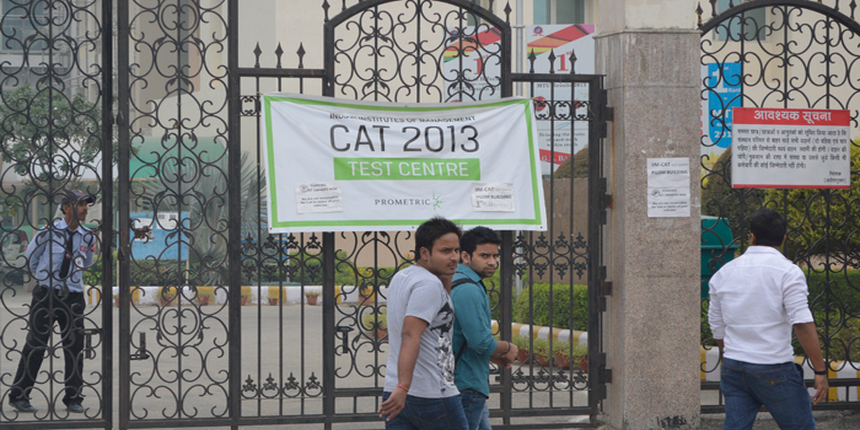 CAT 2013 has reached its last week of testing. With 3 days left for the most popular MBA entrance exam, in this article we will share with you the CAT 2013 analysis of the last phase. According to the experts, the exam pattern followed the similar pattern over the past 3 weeks.

Latest: CAT 2014 has been announced by IIM Indore. Application process starts from August 6.

Shortlist the B-Schools before they shortlist you. Predict your college with our CAT Pathfinder Tool.

Gautam Puri, Vice President, Career Launcher says, “CAT 2013 has maintained a very standard pattern. In all the exam days the questions were of similar level of difficulty and from similar topics. Though some of the pertinent topics such as Arithmetic and Algebra had lesser number of questions, still I would say that CAT 2013 was on the expected lines.”

The majority of the CAT takers have found the first section, i.e. Quantitative Ability & Data Interpretation to be tougher than the second section. However, the Verbal Ability & Logical Reasoning section was of moderate to tough difficulty level.

Neha Kumari, who took CAT 2013 on Day 17, Thursday, November 7, 2013 shares, “My exam went well, according to my expectation. While I found the Quant & DI section to be very tough, the VA & LR section was quite easy for me.”

Swetank Pandya, another candidate of Day 17 at the Greater Noida center of CAT 2013 mentions that the questions which arrived in the exam were on the probable lines. “The exam was as par my expectations. The topics in the Quant area ranged from Algebra, Geometry, Coordinate Geometry etc. Arithmetic questions were lesser in number.”

Number of questions to attempt

The average number of questions attempted by the test takers is around 35. Anju Mishra, a CAT 2013 taker states, “I attempted a total number of 37 questions, 15 in QA & DI and 22 in VA & LR. Since I found the first section to be tougher I kept my attempts low in number.”

According to Gautam Puri, an attempt of 18 questions in QA & DI section and 22 attempts in VA & LR section would be good enough to achieve 95 percentile.

The Quantitative Ability & Data Interpretation section is of tough difficulty level. The topics from which majority of the questions were asked includes:

This section was much easier than the first section though looking at this section individually, it might give an impression of being a moderately difficult section. The test takers found the Reading Comprehension passages to be long and tough to comprehend as the questions were not direct in nature.

The English Usage questions were on the following topics:

If you are taking CAT 2013 in the last 3 days of the CAT taking window, the advice for you is to keep calm. Don’t get influenced by what others are preparing or how many questions they have attempted. Follow your own strategy.

Don’t take any more mock tests now. Simply revise your earlier tests and be cool on the day of the exam. If you receive any wrong question or options, immediately inform your Test Center Administrator (TCA). However, it will be safe to not attempt the questions which you are not sure about.

The following table will also give you the percentile to expect according to the number of questions you attempt and the corresponding accuracy:

For all related queries visit our official CAT 2013 Discussion.

when wiil be Mat xam conducted

The next MAT will be conducted in the month of May.

MAT is conducted four times a year namely February, May, September, December.
Eligibility is passed graduation in any discipline from a recognized university, even final year students are eligible.
As of now , no official dates have been announced regarding the exam or any other details related to it. You can stay updated at the official website at https://www.aima.in/index.html
Read More
Answer
Answer Later
Report
16 Views

which books are good for CAT exam

In CAT Exam the questions are of a decent level so I recommend you to study from standard books.

These are some of the standard books for preparation of CAT Exam:-

You may refer to this article for more information about Best Books for CAT Preparation.

which are the best private colleges for intrigated MBA (BBA+MBA) ???

Whats the CAT cutoff for MBA in DSM, DTU?

DSM, DTU for MBA takes only CAT scores. The safe CAT percentile for all the courses is 65 percentile. Although different courses have different cut offs.

Its a below average college. (íts not recommended to join this, but if you don't have any options left then go)

For more details visit the below link:

what are the benefits for CATS

Hi Chung!! Hope you are doing well!! CAT is one of the most important exams of our country. CAT was initially started by Indian institute of Management. It is a computer based test. The benefits of giving CATs and cracking it are that you will be eligible to take admission for a graduate management program in colleges across the country. CAT score is considered by a large amount of management Colleges of our country and many students try their best to crack it as it gives them a chance to move towards their management learning goal.